Just sharing a use case of how I have used dashdash for automating tweets for notionvideos.com .

I have also implemented the Airtable automation for tweets and I have found it to be quite versatile. dash dash twitter function should NOW create provision for attachments since Airtable has a provision for that . You can see both implementations in the link.

The only complaint I have is from twitter. The APIs calls are stopped as soon as there is a burst of updates, though the calls are within limits.

Can any one suggest how to overcome that ?

Thanks for sharing, @Hari

Here’s what I mean -

In the following scenario, cell C1 (which tweets the text from cell B1) is dependent on a button from cell A1: 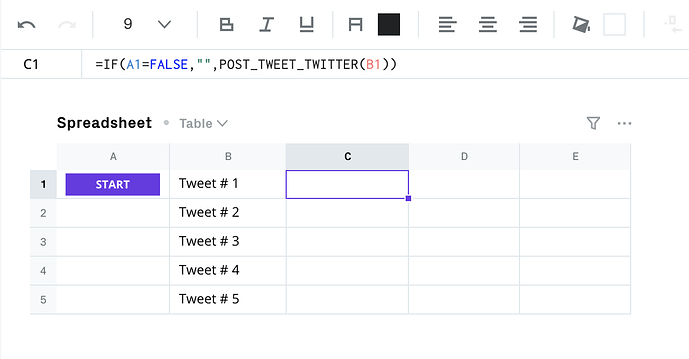 However, in the subsequent row (i.e. cell C2), the twitter function is dependent on cell C1 instead: 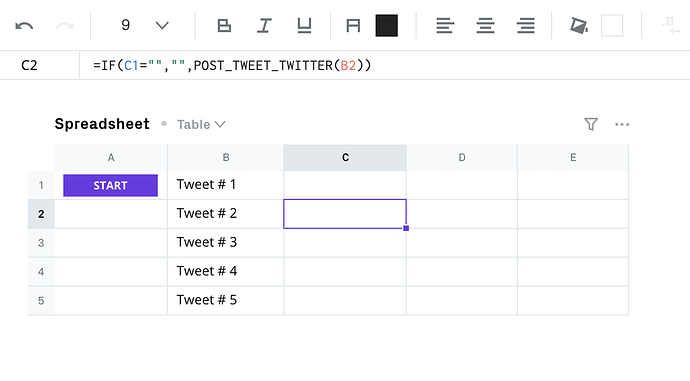 The same formulation continues to rows 3, 4 & 5 as well where each cell in Column C is dependent on the one above.

Let me know in case you need any help modifying your existing workflow and I’d be happy to help.