How to retrieve data from multi level json with INSERT_DATA() function?

I tried to create “lead generation from LinkedIn” app in my portal.

I figured out how to parse data to get email address which is specified in my spreadsheet in advance, however it is hard to parse all json data by using insert_data function.

Screenshot below is the json data which I was trying to retrieve name, company address and so on. Tutorial json data was simple node structure that it contains one level deep json object, however there are more complex data structure in the real world like below. Is it possible to retrieve those data by using insert_data() func? 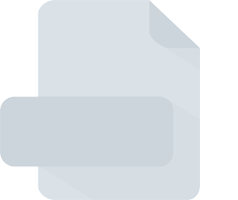 Glad you asked! You’re right—sometimes, the JSON’s data structure doesn’t allow for easy parsing via the INSERT_DATA() function as the function requires the data objects to be on the same level.

In this example, I’d recommend using the INSERT_DATA() function to parse out the objects pagemap (which includes the object hcard) and link (the LinkedIn URL). Then, you can parse out the title and the full name from the pagemap data object directly: simply hit copy next to the desired data object in the data explorer and paste the object anywhere in your sheet.

We’ve already created a template for this use case here where you can see how we’ve combined the INSERT_DATA() function with the PARSE functions.

Let me know if that clarifies it!